Tonight was Sophia and Owen's first coachball game. They both play for the Yankees this year. Coachball games are really boring for the most part, all the kids get to hit the ball and there are no outs. Owen actually is old enough and good enough to play in Rookie League, but has no desire to. He wants to be in coachball one more year. He is not real competitive when it comes to sports so this suits him fine. 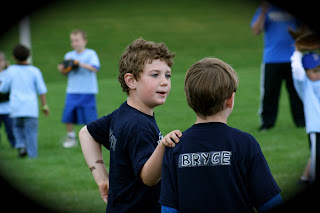 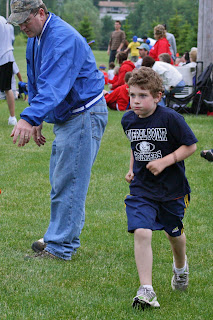 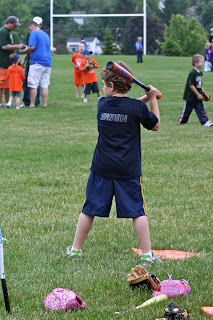 Sophia was pretty excited about coachball when I signed her up. Then we got a team roster and started talking about playing baseball a little and she flat out said she was not playing....and she was right. After supper I told her to go get her sweatpants on for coachball and she said OK. 5 minutes later I walked through the living room and she is sleeping on the couch! So she slept through the entire game. She woke up as we were leaving the game and wanted to know why we weren't going to coachball. When I explained that she slept during the game, she started bawling which continued until we put her in bed. Now she is sleeping peacefully again, probably dreaming of beating her parents with a baseball bat for not waking her up for the coachball game that she didn't want to play in the first place. Don't you just love summer? 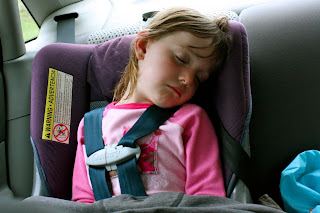 On our way home we saw a family of baby skunks. How can anything that cute be so nasty smelling? 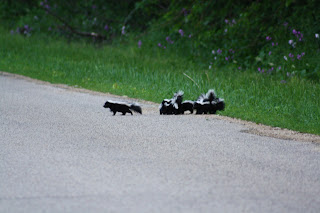