The last couple of weeks have gone so fast.  They have been so busy, blogging was pushed to the end of my to-do list.  Here is a photo review to catch us up quick... 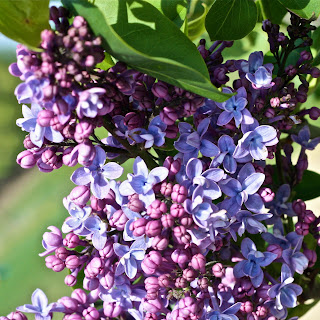 Every May I keep my eyes on the lilacs.
Trevor and I had the most beautiful wedding flowers because the lilacs were ready in early May.  We spent the Friday afternoon before our wedding cutting lilacs from all over the place.
Let's just say the lilacs were my something stolen...umm I mean borrowed. 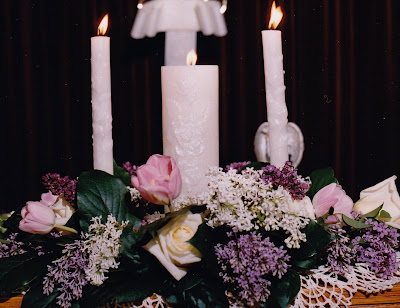 This pictures shows some of the lovely flowers, but what is ironic is the fact that in this picture the unity candle is lit.  It was lit, for this picture, before the wedding and that was the last time it burned. We stood at the alter, in the middle of the ceremony, laughing because the stupid thing wouldn't light.
Because of this crappy candle, Trevor and I have been unity-free for the past 10 years.
Hopefully, we are unity-free for many more. 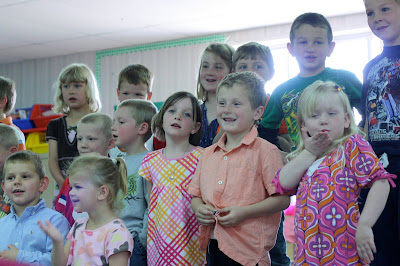 On our anniversary, I got to go to Mother's Day Tea with Sophia.  I love this picture...not so much for Sophia but because of the little girl blowing the kiss at the end of the row.  Her face is classic.
The program was adorable; I cried like a lunatic!  Sophia told me at the end she was trying not to look at me because she was going to cry. They sang a couple of cute songs and gave lots of little gifts.  All of it was sweet, but I especially liked this... 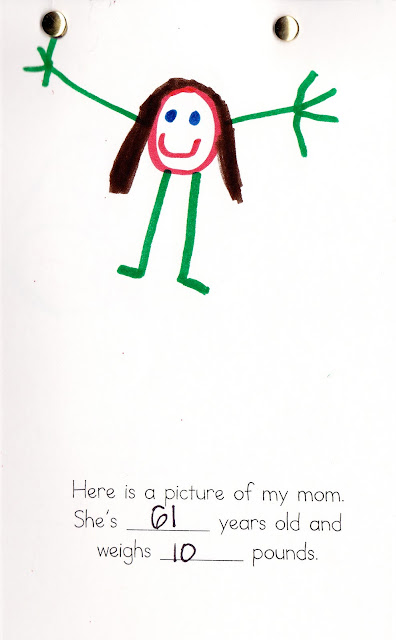 God Bless the children who have no concept of numbers.