The secrets that we keep...

About a month ago Sophia lost her first tooth.  Which was a pretty big deal because she was well over 6 years old and almost all of her friends had already lost at least one tooth months before.  We were in Chicago when the tooth finally decided to fall out - which made the tooth fairy experience kind of fun.  Sophia wrote a note that said "Sophia's Tooth" and put the tooth in one of the hotel's complimentary plastic cups.  We put the cup with the tooth and the note, in the night stand drawer next to the Bible...because God and the tooth fairy are tight...you know being myths and all.

Anyway, I told her the tooth would be safe there until the tooth fairy could find it.  As we left for the day, Owen, Trevor & Sophia went out the door 2 seconds ahead of me so I quickly dropped the 4 quarters from you-know-who and stuck her first little baby tooth in my purse.  When we got back from the Brookfield Zoo she was totally tickled that the tooth fairy had come while we were away. That was that.

You'd think that this new child loosing teeth thing and the Chicago tooth fairy business, would have been fresh in my head, but then 2 weeks ago, Owen looses two teeth, on the same day, at summer school.  We took photos when he got home, because he was so excited about it! 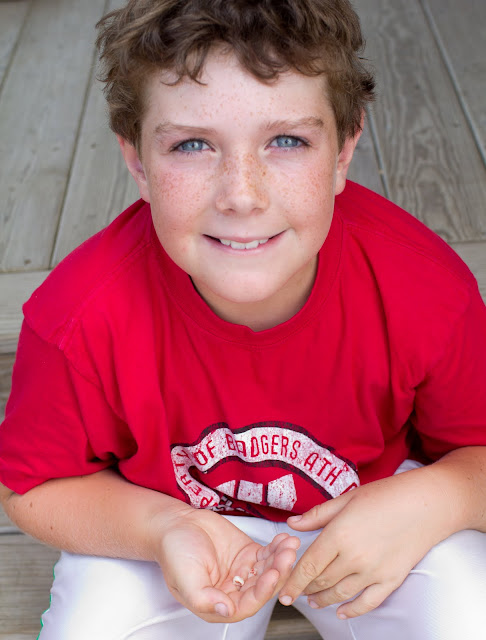 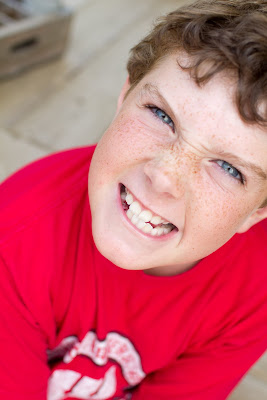 After the photos, I told him to put his teeth under his pillow and that, my friends, is the last time I thought about those disgusting little suckers until 3 days later when Owen comes sulking out of his room one morning.  I asked what was wrong and he said all melancholy, "My teeth are still under my pillow." Now the truth is, I told Owen a while back about the tooth fairy, because his cousin had kind of mentioned the actual truth, and I thought he was old enough to handle it.  However, I also said that the tooth fairy would still come to both of our kids as long as one still believed.  Well folks, that was a lie.  I completely forgot about Owen's teeth for 3 days, and if he wouldn't have mentioned them it would have been another 3 months until I made his bed and stumbled upon them.

Yeah, that's right...I don't make beds, and I don't care who knows it.

Without a word, I walk over to the pottery vase that I throw my spare change into and pull out $2.50 worth of quarters and hand them over.  I apologized for forgetting and explained the extra 50 cents was for being patient.  He seem satisfied.  I took the teeth and threw them away.  That was that.

Early this morning, before Sophia was even awake, he lost another molar.  He showed me the tooth, I said "Cool, go flush it in the toilet." He looked at me with a strange face as I walked over to the change jar and found 4 quarters.  He grabbed the quarters on the way to the bathroom.  He came back jumped up in bed with me and asked if he could watch the TIVOed Brewer game from last night,  just like he'd do any other morning.  As I laid there snuggling with my little boy, I realized some of the magic of little kidness was now completely gone from his life.  It didn't make me sad, remorseful or regretful for ending such a silly tradition.  It made me happy to have raised a kid who is cool with life. A kid who knows some things are just fine without the sugar coating.  A kid that doesn't need dramatics.  A kid who was probably, instead of watching the Brewer's extra innings, multiplying all of his teeth by a dollar trying to figure out how much his smile is worth, but I already know...it's priceless. 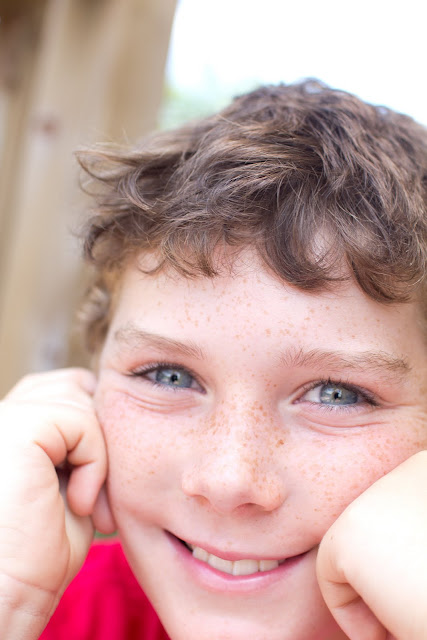