As part of my last ditch effort to get medical appointments scheduled before our Cadillac insurance runs out, recently I've had our entire family poked and prodded by anyone who owns a blood pressure cuff.

Last week the optometrist, yesterday the general practitioner, this morning the dentist, and tomorrow the veterinarian...and I don't mean for Piper. Lately, Owen has started eating like a horse! Rather than be sorry later, I thought I'd better get him checked out now. I don't want to be surprised with a kids whose  half Clydesdale after my good insurance expires!
This morning's appointments was early enough the kids basically got up and ready as they would any school day. It was also late enough though once they were ready, they had about 30 minutes to play before we needed to leave.  Owen went outside to kick the football around, and Sophia did this... 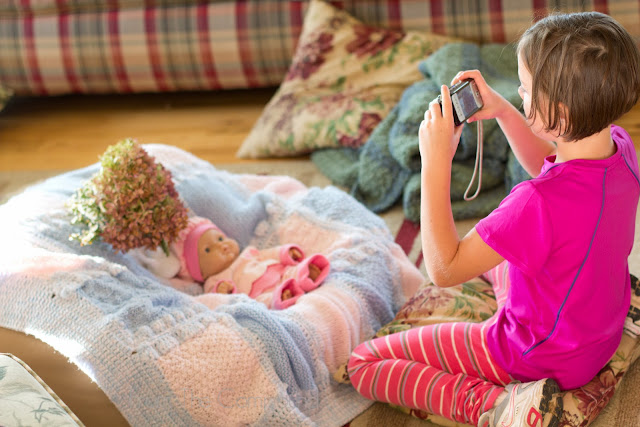 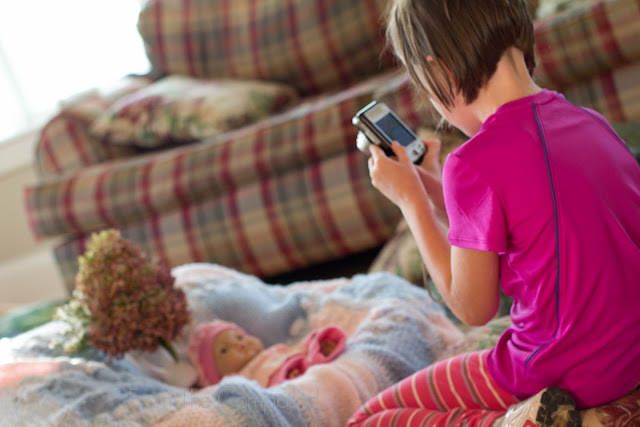 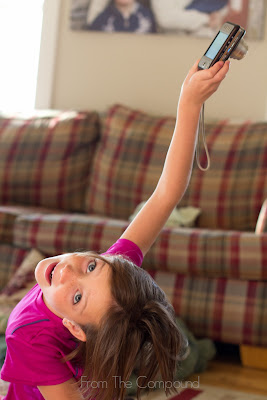 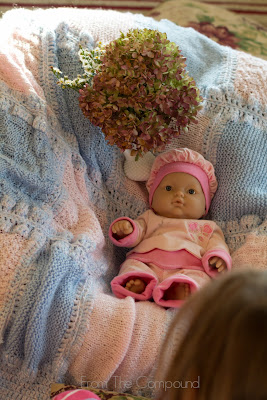 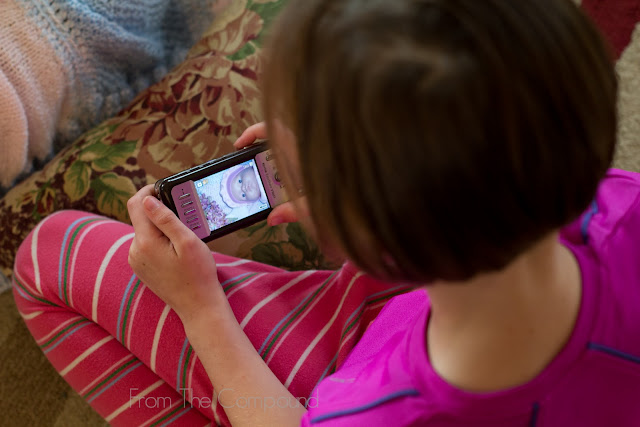 Newborn photo shoot! She even pulled in a bit of nature with the flowers. She move closer or further away to get the look she wanted. Propped with pillows & blankets to make it just right. I loved watching her try different compositions with her baby. She was pretty impressed with her photos.

I get a kick out of seeing her mimic me. Luckily, she doesn't repeat much of the vile crap that, from time to time, shoots out of my mouth...yet. She is learning exactly the way I did.
Shooting lots of photos - of things you love!
For her...babies and flowers;
for me...her.