I ♥ New York...and the other smart states!

Trevor & I were married in May of 2000, after an engagement of almost 2 years. Like most big events, the months of preparation before the big day are super stressful. The time before my wedding was no exception. Not only did I have my own planning to do, but one of my BFF's also asked me to be in her wedding, which she scheduled just one month before mine. Although crazy, it was a fun and exciting time filled with fancy showers, drunken bachelorette parties and wedding favor assembly until my fingers were bloody.  There was little time to actually think about the institution of marriage, I was about to enter into, because well...the parties needed to be planned.

I had a guy, a diamond, and the latest issue of Modern Bride so I was completely qualified to be married. I was a 22 year old woman about to marry a 21 year old man. There was no waiting period, no classes to take, no work to do. As long as we had enough brains to fill out the license at the courthouse, and the means to pay for all the important stuff (like booze for our guests) we were not only able to enter into the institution of marriage, but we were welcome to do so.  Looking back on it now, I realize we entered the grown up stage in our lives during our marriage, rather than being two grown ups who decide to enter into the married stage of their lives.
Thanks to fate, destiny, GOD...whatever you call it, for the past 11 years, Trevor and I have managed to develop and maintain our marriage. I know I understand the institution of marriage far more now than I did back in 1998 when I decided I was ready for it.

Last week when I opened this beautiful wedding invitation... 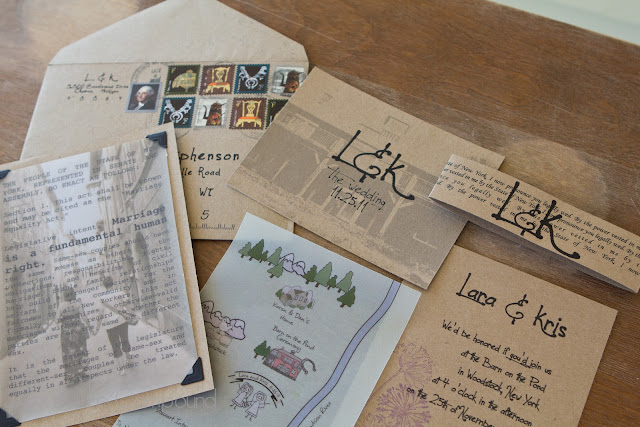 I literally got choked up as I read the words printed over the photo of the couple. 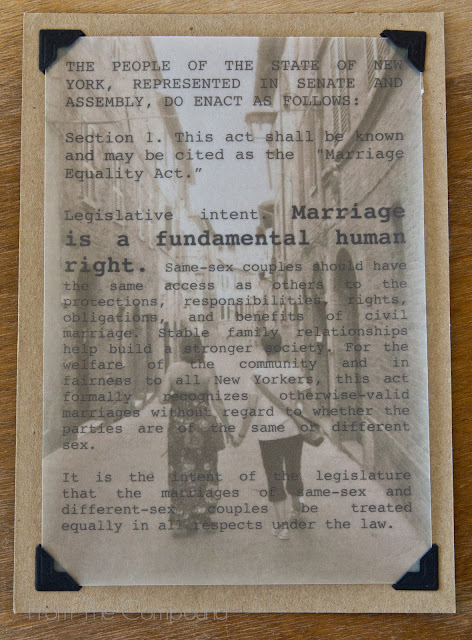 "Marriage is a fundamental human right."

I was saddened as I thought of the people who have been living in loving relationships with their partner, longer than I've been alive, and are still not afforded the right to marry in their home state.

I'm almost embarrassed to admit our great state of Wisconsin, is one of the 44 states where a-holes like me & my high school sweetheart can get married before we can even buy beer, but the two middle-age gay professionals have to stay unwed!

Individuals & groups who are trying to keep couples, like Kris & Lara, from being married say things like: "same-sex marriages are likely to undermine the institution of marriage."

To which I have to respond, "Umm...what the hell is wrong with you?! Might I suggest the 2 kids with no real life experience, a line of credit at Jared The Galleria of Jewelry and a hankering for a huge beer party might undermine your "institution" more than the lovely lesbian couple who've been together for years, raising children, and paying taxes!"

Shame on you Wisconsin (and the 44 other states) for allowing ME, and millions like me, to undermine the "institution" you claim to be so worried about protecting.