Freckle Friday-Raining On My Parade Edition

In the last week, I have finally gotten in the swing of things when it comes to my schedule for the school year.  It took an entire month.  I don't mind being busy.  Normally, I am one of those people who gets the more done when I have more to do.   However, when I am in flux, I don't do anything well.  September was a pretty fluxing fluxy month.

Last night, the homecoming parade was cancelled due to rain.  I, literally, shouted out with glee-Rudolph The Red-Nosed Reindeer style.  I love evenings that are calm, relaxed and do not require leaving The Compound.

When your schedule looks like this, a rained out parade is a god sent. 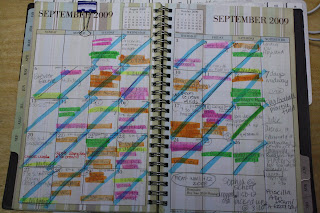 The best part was that my kids didn't even care.  They would have had a great time at the parade, but after finding out it was canceled, they came home, chilled out and didn't mention the parade again.  They are good at not sweating the small stuff.  When life gives you rain on parade day, sit down and enjoy some SpongeBob SquarePants.

I love that our kids don't consider our house a terrible place to be.  They enjoy being here (most of the time) and don't have the constant need to be going somewhere else.

As a teenager I was not like that at all.  I'd have rather been anywhere but home.  Just ask the Sonsallas, Achermans, McGuires and the Stephensons.  I didn't have a completely relaxed feeling at my parent's home. (That probably has a lot to do with the a bunch of kids and 2 parents that didn't really relax, but I will not bore you with those details...I'll hash that out in therapy sometime.) When I moved to our house on the south side, I started to fully understand that yearn to just be at home.

My friend used to (and may still) go to her parent's house and take a bath if she needed some R&R.  Just being there made her calm down, unwind, and recharge.  Even after she had her own place.

When my kids are grown, I hope this house will be that place for them. Whether its a shitty break-up, tough mid-terms, or a jerk-off boss, I want them to come back here.   Come back to take a bath, take a walk, or watch a couple of episodes of SpongeBob, whatever gives them that safe, secure and happy feeling associated with just being at HOME. 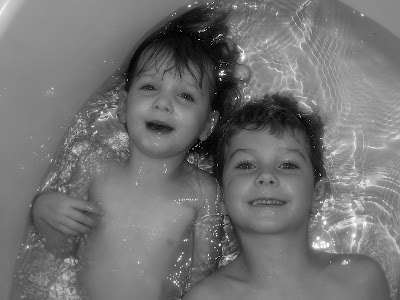