I remember like it was yesterday, the time I called our local Cake Nazi to book her for baking our wedding cake.  This was in late 1998.  When she asked the wedding date and I said May 6th 2000, she scoffed "Well, I'll do it if I am still alive then!?"


WTF?!?!? You'd have thought I asked if she'd provide wedding cake for my space station wedding in 2077.

I understand that I was booking about 18 months before the actually wedding date, but her wedding cake is so good I didn't want her to be all filled up.  Unfortunately for me, I hadn't realized she'd already penciled in her death sometime in 1999.  Probably during Y2K.


I wonder if she worried that her oven's digital clock was going to malfunction, come alive and bake her Hansel and Gretel style.

The good news is that she apparently unplugged the oven, stocked up on batteries and bottled water, and froze enough white wedding cake to last the through the apocalypse, because as far as I know the Cake Nazi is still alive and well.  She was alive on May 6th 2000, but I went with baker a little less dramatic.

As I sit writing on my blog on 01-01-10, I am struck by how much life we've (Cake Nazi included) lived in the last decade.  A good friend of mine really got me thinking about it last night.  She has given birth to 4 children in the last decade.  Ten years ago, I knew Jamie.  Now I know and love Heath, James, Carson, Catie and precious little baby Grady.  Not to mention all of the extended family I have met through the years.  Isn't it a little crazy just how many things come in and out of your life.

In the last decade I've:


As I look back at the last ten years, I find myself full of mixed emotions. One minute I'm smiling and laughing as I think of wonderful memories with friends and family, the next minute I'm tearing up as I remember the hard and sad times with the very same friends and family.  I'm proud of the accomplishments and growth, and disappointed by some of the mistakes.  More than anything I am excited about the next ten years and possibility of all the living we have left to do. 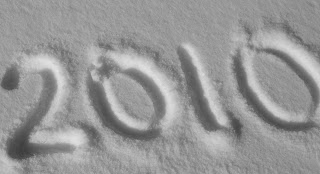 ... and beyond
Happy New Year,
Julie