Actually, it was a room temperature coffee because the ice maker on the ol' SubZero has decided to stop producing ice....like a bitch.  Also this advice seems to apply only to school board members, but the lesson is really universal so if you're not a school board member because you're smart replace the words 'school board' with whatever meetings you go to.

This is a good lesson because sometimes meetings only go 2.5 hours and you come home wide awake. Which would have worked out well because when you left the house it looked like this... 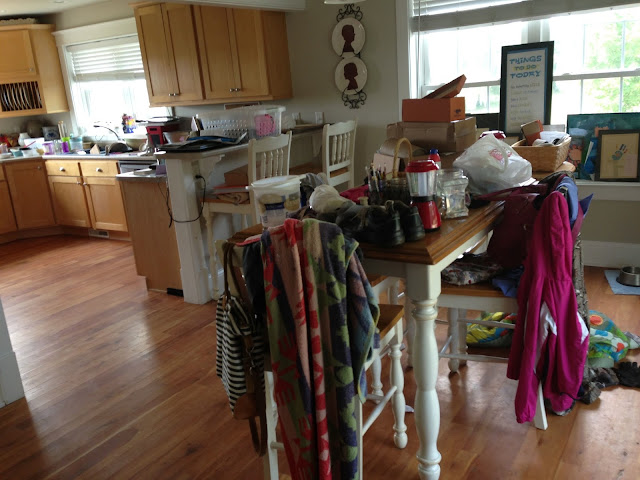 But because your husband is AWESOME (and he's the guy who dumped all they camping stuff in the kitchen) he cleaned up the mess so you had a little free time after the meeting. Doesn't seem like such a big deal, right? Well, this is where too much caffeine ruins your life.

Trevor and I decided to watch a movie on Netflix. Usually if we start a movie at 8:45 p.m. one of us is fast asleep by 8:52. We assumed Trevor would be the first to fall asleep, since I was amped up, so I picked the movie.

A little background on how I typically pick movies using Netflix.
After a title pops up, I look at:
1. The cast - if I like the actors, I usually like the movie.
2. The synopsis - If the summary seems to mesh with who's in the cast, I will continue to consider it.
3. The genre - I like a little of everything - except creepy thrillers. I hate Silence of the Lambs type shit.
4. The ratings - some of my favorite movies got terrible ratings so I give that little consideration.
And really that's all I have to go on because we see no movie trailers or ads because we do not have live T.V.

Here was a bit of my thought process last night.

...that sounds interesting...Matt McConaughey always searching for social justice - love that about him...Cusack is probably the awkward brother who falls for the mysterious girl, again...

...okay no thriller mention so it shouldn't scare the complete shit out of me...or make me grossed out by any of these actors in the future after someone eats another human...or throws j¡z in their face...

At this point Trevor says, "It doesn't even have 3 stars!" I ignored him and pressed play. 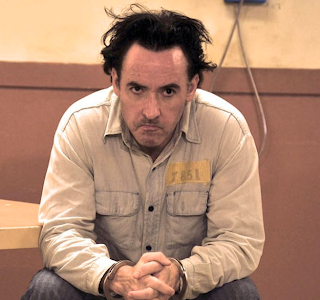 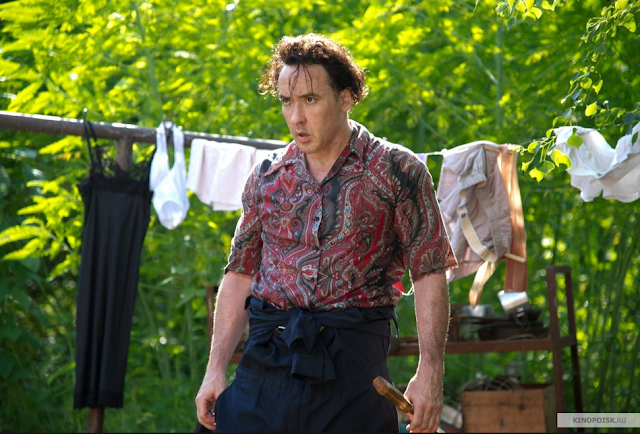 I even stayed awake 2 hours after it was all over too! I laid in bed freaking out that some swamp-living hillbilly was coming to murder me and take my kids back to the bayou with him.